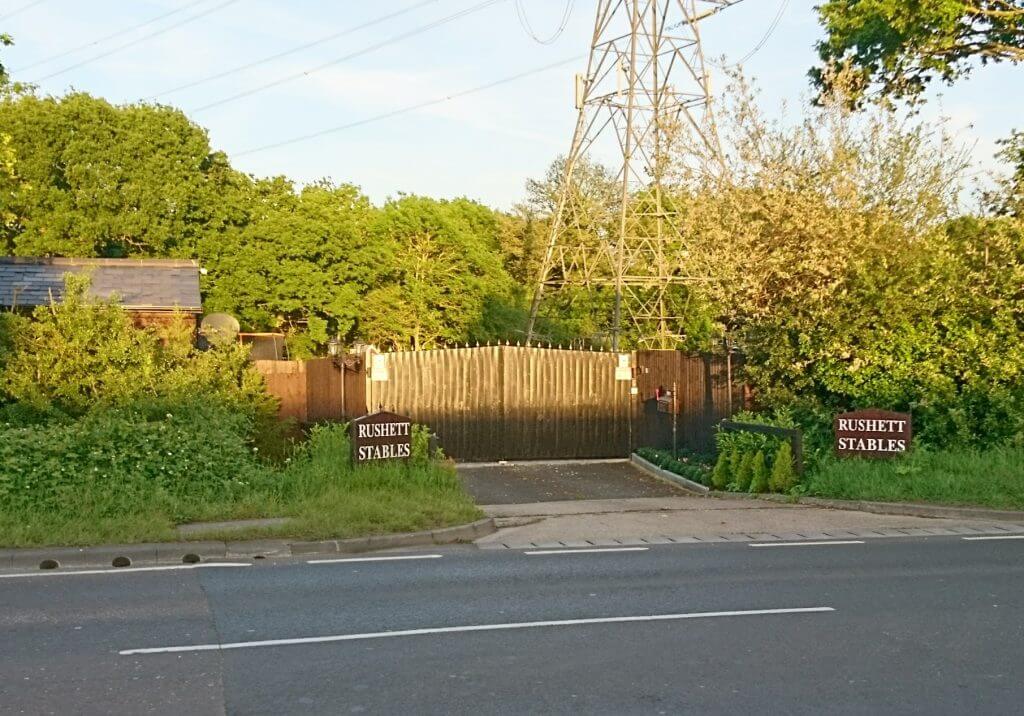 A 950 word summary of the Inspector's 6,000 word decision. Emphases are added to assist in identifying key points.

It was clarified at the hearing that the proposal includes the demolition of the separate tack room as well as the stables building. I will consider the proposal on that basis.

Whether or not inappropriate development in the Green Belt

The Framework explains in paragraphs 149 and 150 the exceptions when development in the Green Belt may be considered to be not inappropriate.

Certain other forms of development are also not inappropriate in the Green Belt provided they preserve its openness and do not conflict with the purposes of including land within it.

(e) material changes in the use of land (such as changes of use for outdoor sport or recreation, or for cemeteries and burial grounds);

I have not been presented with persuasive or clear evidence that demonstrates that the criterion would exclude the change of use of land for a caravan site from consideration under paragraph 150(e).

All the listed forms of development in paragraph 150 are subject to the requirements that they preserve openness and do not conflict with the purposes of including land within the Green Belt.

I therefore conclude that the proposal would preserve the openness of this part of the Green Belt in both spatial and visual terms. This requirement of paragraph 150 of the Framework would be met by the scheme.

The 5 purposes of including land in the Green Belt

My analysis is that the proposal, in principle and in practice, with the removal of the two buildings and containment of the residential use within the hardstanding area, would not lead to an increase in physical presence of development on the site, or beyond it. As a result, there would not be an encroachment or sprawl of the built-up area into the countryside in comparison to the lawful use and buildings on the land. Consequently, I am satisfied that the scheme would not conflict with any of the Green Belt purposes in the Framework.

The requirements of paragraph 150 of the Framework would be met and the scheme would not be inappropriate development. Consequently, there would not be the need to demonstrate very special circumstances to justify the development.

Development Plan and other considerations

The site is not located in an area of high flood risk and there is no case made that there is contaminated land. In these circumstances, the provision of a Gypsy and Traveller pitch on this site would meet with the requirements of Policy DM16 of the Core Strategy. This accords with the findings of the previous Inspector and compliance with Policy DM16 was accepted by the Council at the hearing.

The level of unmet need for Gypsy pitches in the Borough

The existing inadequate level of local provision and the need for a fairly substantial number of additional pitches in the Borough is a matter to which I attribute substantial weight.

There appears to have been very limited policy progress over past years to assist with delivering pitches. This should be considered a failure of policy and should be attributed substantial weight.

The best interests of the children

I attribute substantial weight to the best interests of the children. I consider that the children’s circumstances have changed since the earlier appeal decision in this respect.

The findings of the previous Inspector are very relevant to the considerations before me and that Inspector dismissed that appeal.

Importantly at the time of the 2017 appeal, the Framework did not include the exception regarding material changes in the use of land in the Green Belt.

The scheme is also materially different from the proposal before the previous Inspector because the stables and tack room are now proposed to be removed and therefore the analysis on the effects on openness and the purposes is different.

I place great weight on the previous appeal decision but there are material differences with the considerations that are before me.

There has been a sustained and significant level of unmet need in the Borough. Those matters that weigh in favour of the development are significant and collectively would clearly and substantially outweigh the harm that I have identified.